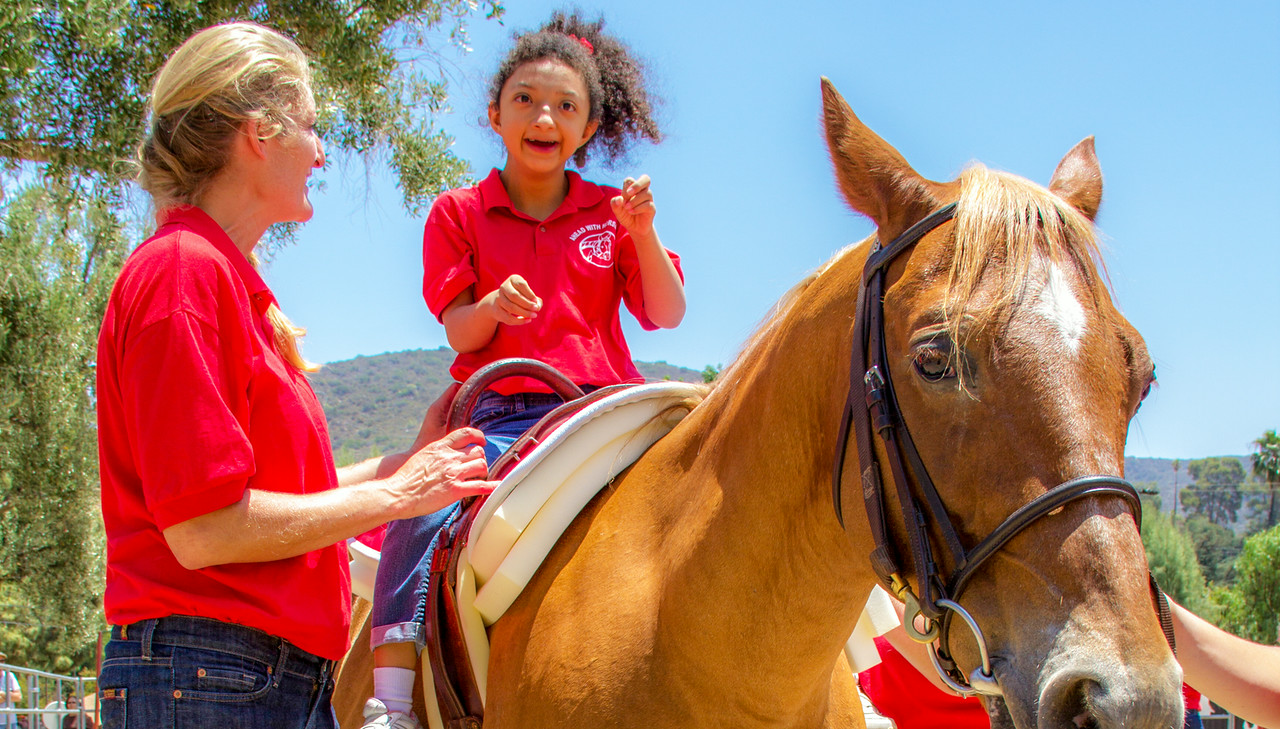 AHEAD With Horses Inc. (AWH) was founded in 1968 by the late Liz Helms, an equine enthusiast who firmly believed that everyone can learn and achieve. As she was serving many healthy young children at her established riding center “Tally-Ho,” Liz came across disabled, disadvantaged and special needs kids. She worked closely with one boy in particular, a young man with shallow hip sockets who required hip surgery each year. Liz and the boy’s father, a heart surgeon, decided that the horse riding program may maximize the effect of the surgery. They were right–the young boy did so well that he required less and less surgery and later traveled to Saudi Arabia to ride real Arabian horses!

With vaulting (gymnastics on a moving horse) making its way to the States from Germany coupled with Liz’s vision to serve children in need, AHEAD With Horses was born. Liz and team began working with more severely handicapped children, developing individualized programs to meet each student’s needs. She felt it was the horse’s movement that changes the human brain, which in turn improves motor skills and sensory input. And, emotionally, the children can achieve a sense of success each time they ride. Liz’s theory has been proven time and again as we witness the effects of horse therapy each day.

More than 100,000 children have been served since the inception of AWH, and today we serve dozens of children and young adults each year. AWH has been recognized educationally, scientifically, nationally and internationally. We’ve been featured at prestigious forums and major conferences including Grand Rounds at Children’s Hospital of Los Angeles, Council for Exceptional Children (state conference), National Autism Conferences and the Olympic Scientific Congress (just to name a few). AWH children have performed in demonstrations including the XXIIIrd Olympiad, Tournament of Roses, Del Mar National Horse Show, Vaulting Fests, L.A. County Fair and many more! The program has been featured on national and international television, radio and print media.

One of the highlights of AWH’s history was President and Mrs. Ronald Reagan’s attendance at our annual “Fun Day” event in 1992. Mr. President and the First Lady not only donated two of their own personal horses to the AWH program, they also presented achievement award medals to more that 150 program participants — a memory we will always cherish.