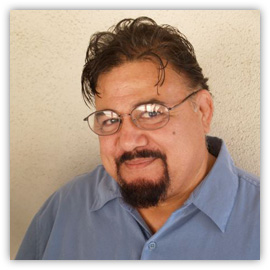 I am originally from Chicago Hts, Illinois but have lived as a southern Californian for 29 years.  I’m a dog lover, currently employed by PetSmart.  I have always enjoyed being involved in volunteer/charitable activities.  As a United States Marine I first began volunteering with the USO, the Armed Forces YMCA, and for the annual Toys for Tots drive.  Later as a civilian and member of two Star Trek Sci-Fi clubs- Com Station Z and the USS Copernicus- I did volunteer work for Creation Entertainment, San Diego’s Make-A-Wish Foundation, San Diego’s Palavra Tree benefiting single mothers, William Shatner’s Hollywood Charity Horse Show, and began my 19 year journey for Ahead With Horses- the charity event I have enjoyed most of all.